Life after the leash. 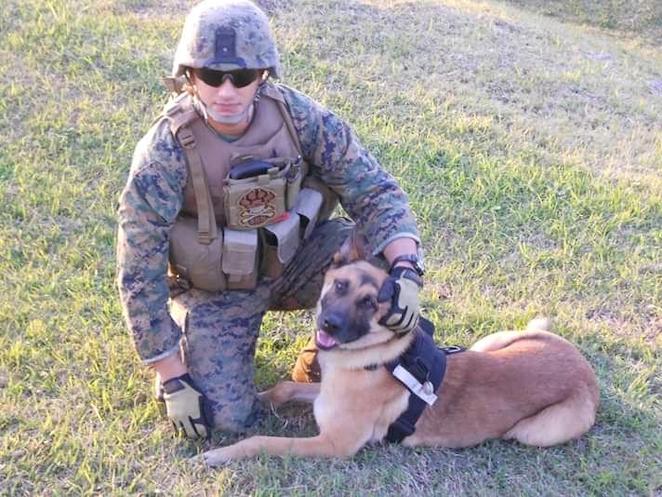 The United States Marine Corps carries a reputation as being the toughest of all the military service branches. From the very beginning they demand respect; they instill honor and courage and require the absolute best from each of their recruits. You will always know when you have encountered a group of the Marine Corps finest; their every movement is deliberate and executed with precision and confidence, leaving a lasting impression that will forever be etched in your memory. This is precisely what happen when Joel Juarez’s dad took his young son to his first musical symphony. Performing in full dress blues that night was none other than United States Marines. Joel sat mesmerized absorbing their every move. At the conclusion of the musical a group of marines with full battle rattle charged the stage with a war cry, they halted center stage and positioned themselves just like the marines who raised the flag at Mt. Suribachi during WWII. This was a defining moment in a young man’s life, Joel Juarez decided he would one day become one of “The Few. The Proud. The Marines”

A highly motivated Joel spent all four years of high school as a JROTC cadet, where marines help mold and prepare him for boot camp. As a military policeman and military dog handler; Joel was stationed at Okinawa, Japan, and Camp Pendleton, CA. His time in service came with the best of times, flying in a helicopter with his bomb dog Benny, the worst of times, losing his dear friend during his deployment in Afghanistan and the funniest of times, the first 48 hours of boot camp.

Looking back Joel would have opted to travel more, but he would not change a thing. He wished someone would have told him to report all injuries, even the small ones.  “Butt chewing are free, but VA rating are for life!” To those of you considering enlistment Joel encourages you to never give up/do not quit, boot camp is the easy part.

Today, Joel credits the Marine Corps for his success as a student barber. “The Corps gave me a strong sense of mannerism.” As a marine,Joel learned honor, courage and commitment, along with many other core values.  As a barber, Joel employs these skills in order to provide great customer service to his clients. Just like the permanent impression imprinted on his heart so many years before during the marine symphony;Joel now leaves that same life-long impression in the hearts and minds of each person he encounters.

thank you from your Defense team

Forging a Path into the Future