Forging a Path into the Future 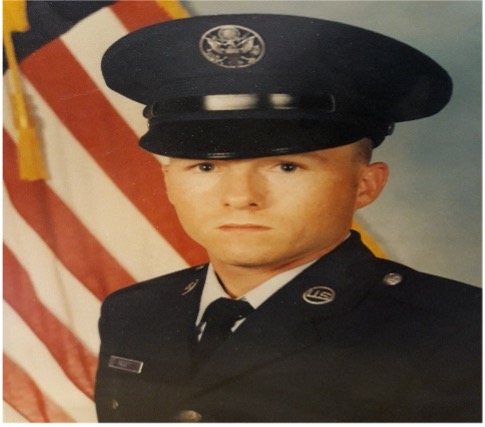 Growing up in a small town has its perks. Everyone knows your name and trust runs deep, but small towns have a downside as well. Travis Padgett grew up in a small town with a loving, supportive family. Travis was always goal oriented and was voted most likely to succeed by his fellow classmates. Travis wanted to establish a future for himself. Being one of five children in 1990, college tuition was hard to come by, especially with no outside community support. His older brother had enlisted in the Army and seemed to be doing well.  Determined to attain a higher education and establish a solid future, Travis decided to join the Airforce. His parents desire to support their son and saw his drive to better himself, signed a wavier for him to enlist at the young age of 17.

Travis came from a structured family environment, so the transition through boot camp and into the Air Force was an easy one. His military career started in security Forces. Travis’s best experience was in Europe 1992 while posted as a closed-in sentry/ guard for nuclear weapons. He was questioned by an inspector during a post briefing and was able to answer all his questions appropriately. The next day the same inspector questioned another guard who out-ranked Travis, that guard was unable to answer any of the same questions.Travis was awarded the top performer award from the Inspector General; this wasthe first time an airman had ever received this award; Travis was then asked to apply to the Elite Guard. There was a height requirement and Travis knew he did not meet that requirement.  However, he was still encouraged to apply. Not only was Travis accepted into the SSS (Special Security Squadron). The height requirement was removed as of that day, affording this opportunity to more airman.

Some Four years later 1996, Eric W. Benken asked Travis if he had an interest in working as a dog handler. While expressing his passion for training canines, Travis happily accepted the offer. A short time later Eric W. Benken, was promoted to Chief Master Sergeant of the USAF. It was during Travis’s time as a kennel Master, that he recalled one of his funniest memories. Travis was conducting a demo with 4 muzzled attacked dogs and their handlers. Anun-usually large crowd of 100 plus had gathered to watch the dogs and handlers perform a command show they had practiced several times before. The command was“cross”, and the dogs would criss cross to form a thunderbird type display. In the mists of this show the command to “sit” was given to the dogs by each handler. Everything seemed to be going as planned until one dog stop, squattedand took a big sh*t just as he was given the command to sit! The on looking crowd was convinced the handler had said sh*t. Travis had to explain that no, they in fact do not teach their dogs to sh*t on command! The inside joke after that was that dog did not like his handler.

Travis said his biggest heart break came on the day he retired. Putting on his uniform and serving his country gave him a sense of pride and honor, that day he was hit with the realization that he would never again wear his uniform in the same capacity. Travis credits the Air Force for his solid foundation and for giving his life direction. The USAF taught him confidence, Patience, and decision making. “Don’t be afraid to make a decision,right or wrong, you will earn respect for your decision and honesty.

Today, Travis is married to the love of his life with two wonderful children and three grandchildren. Travis holds a degree in Criminal Justice but, chooses instead to continue following his passion as a canine trainer. Travis now owns his own K-9 training business, TP Dog Training, in San Antonio, TX.  Recently,he was the MC for an all-law enforcement K9 graduation ceremony. Travis admits he sometimes still gets caught up in the moments while working with canines, it is easy doing what you love. Travis encourages everyone to “keep your expectations and goals achievable, put in the work, stay the course, and you will succeed. “Do not hate the moment you are in, adjust and embrace it your own way!”

thank you from your Defense team

Life after the leash.